Lead-free halide double perovskites (DPs) have evoked great interest due to their unique optical properties. Recently, lanthanide ion (Ln3+) with rich electronic energy levels have been proposed for tailoring the optical performance of DPs toward the near-infrared (NIR) regions.

Among these DPs, Cs2Na(Ag)InCl6 DPs have been widely reported as one of the excellent hosts for Ln3+ doping due to their direct bandgap character and high chemical stability. However, their local electronic structures remain essentially untouched, which restricts the development of Ln3+-doped DPs.

In a study published in Advanced Science, the research group led by Prof. Chen Xueyuan from Fujian Institute of Research on the Structure of Matter of the Chinese Academy of Sciences introduced Yb3+ into Cs2NaInCl6 DPs and realized efficient NIR luminescence with the optimal photoluminescence quantum yields (PLQY) of 39.4%.

The researchers unveiled the local electronic structure of Cs2NaInCl6:Yb3+ through density functional theory calculation and Bader charge analysis, which indicated that electrons in [YbCl6]3- octahedron were strongly localized in Cs2NaInCl6:Yb3+, while they were delocalized toward Ag+ in Cs2AgInCl6:Yb3+. Such a localized electron can effectively boost the NIR luminescence via Cl–-Yb3+ charge transfer sensitization in Cs2NaInCl6.

Benefiting from the localized electrons of [YbCl6]3- octahedron in Cs2NaInCl6 DPs, an efficient strategy of Cl–-Yb3+ charge transfer sensitization was proposed to obtain intense NIR luminescence of Ln3+.

The researchers demonstrated the proposed novel sensitization strategy for enhancing the NIR emission of Ln3+ to be superior to the self-trapped excitons sensitization in the well-established Cs2AgInCl6 counterparts.

They carried out temperature-dependent steady-state and transient PL spectroscopic measurements to verify the Cl–-Yb3+ charge transfer process in Cs2NaInCl6:Yb3+ by the characteristic transition from charge transfer band (CTB) to 2F7/2 (Yb3+) and 2F5/2 (Yb3+).

Furthermore, the researchers achieved efficient NIR luminescence from Er3+ with PLQY of 7.9% in Yb3+/Er3+ co-doped Cs2NaInCl6 DPs due to the energy transfer from Cl–-Yb3+ CTB to Er3+.

These findings provide a general approach to achieve effective NIR emission of Ln3+ in halide DPs, opening up a new avenue for exploring NIR-emitting perovskite derivatives toward versatile applications.

Provided by
Chinese Academy of Sciences

Conclusion: So above is the Researchers unveil local electronic structure of lanthanide-doped double perovskites article. Hopefully with this article you can help you in life, always follow and read our good articles on the website: Infodoc.info 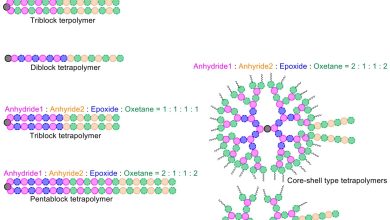 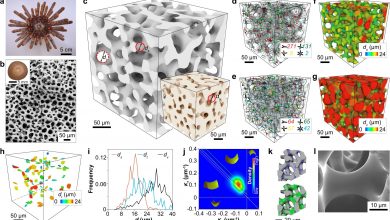 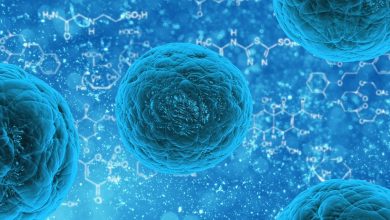 New study shows how to learn the equations of cell migration 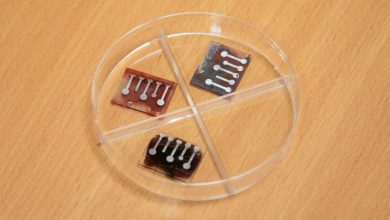